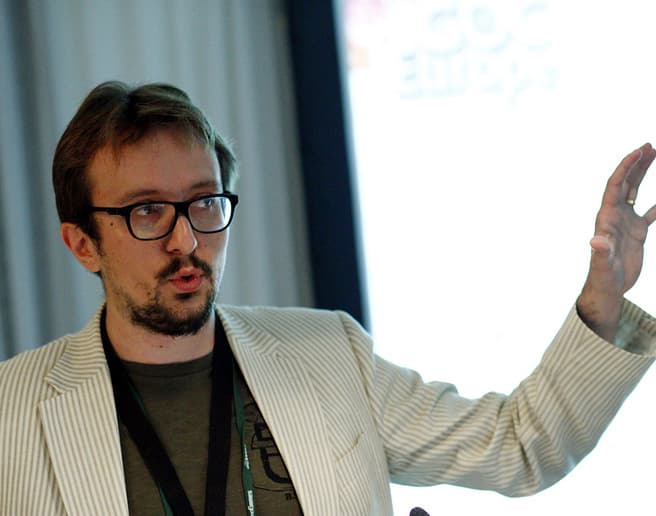 Born and raised in Belgium among action heroes like Jean-Claude van Damme and Tin-tin, Jörg later studied at New York University Tisch School of the Arts.

He wrote for a variety of leading international video game magazines before moving to Los Angeles to work as a game designer and writer, starting with Activision’s MINORITY

REPORT based on Steven Spielberg’s film.

Most recently he directed and produced NYET! A Brexit UK Border Farce starring Olivia Williams, Beatie Edney and Garry Montaine, which premiered on Sky Arts on the 17th March.

Named one of Boston Globe’s Book of the Year in 2014, it is being developed for the big screen.

Jörg produced the 2013 stage adaptation of Ernest Hemingway’s FIESTA (THE SUN ALSO RISES) which was a breakout West End hit at Trafalgar Studios.

the world’s top festivals (and is available on iTunes worldwide). Little White Lies called it “…superb, illuminating, poignant… the kind of short film that leaves a lasting impression.”

His satirical play 2+2+2 starring Richard E. Grant took him to London in 2007 and was a critical success. Time Out called it a “a crackling firebrand of a new play... fiercely original...beautifully crafted...a song to the irrepressibly individual human spirit. A rare ebullient treat”. Rupert Murdoch’s Times, however, thought it was “Extreme, even for an angry cartoon.” That turned out to be the best backhanded compliment he’s ever received.